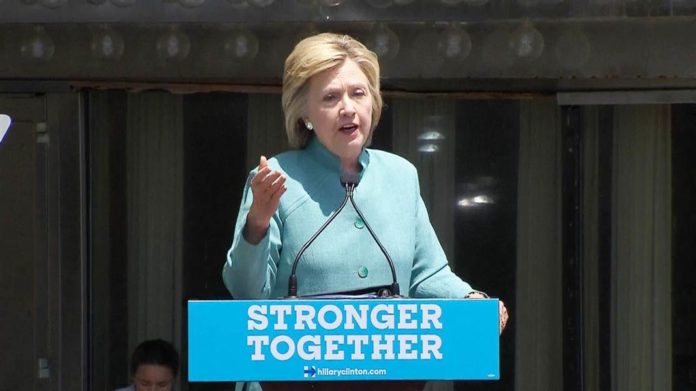 On Wednesday, Hillary Clinton spoke to a crowd in Atlantic City, New Jersey. Speaking in front of the defunct Trump Plaza Casino, she attacked Republican Donald Trump’s business record. Before her speech, Clinton introduced small businessman Marty Rosenberg who had done business with Trump. He told the story of how Trump racked up massive bills, then used bankruptcy to get out of paying. During Clinton’s speech, she focused on the casino and how Trump’s judgement hurt local people and businesses. Clinton said, “Donald Trump once predicted it [Casino] was the biggest hit yet. Now it’s abandoned.” She continued to go after Trump for his refusal to pay contractors, his frequent legal battles, and his bankruptcy filings.

Clinton closed her speech by reminding voters that Trump has repeatedly framed himself as a successful business man. She said, “Remember what he promised: ‘I’m going to do for the country what I did for my business.’ We should believe him and make sure he never has the chance to bankrupt America the way he bankrupted his businesses. 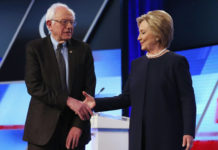 Clinton and Sanders Discuss Immigration during Democratic Debate from Florida