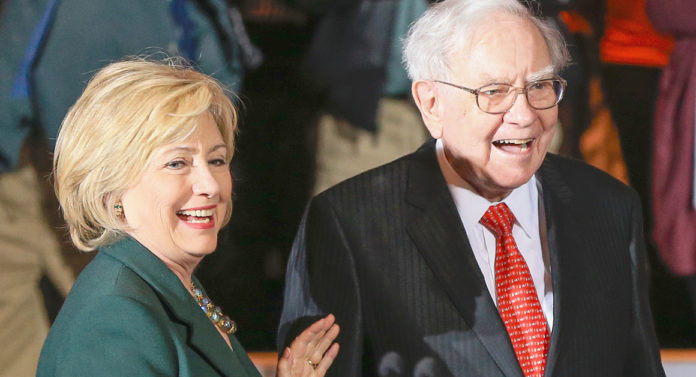 Today in Omaha, Nebraska, Hillary Clinton received the endorsement of billionaire investor Warren Buffet. He introduced Clinton during an event held at Sokol Auditorium where she gave a speech outlining part of her tax plan, including her support of the Buffett Rule. The proposed Buffett Rule would set a minimum tax rate on individuals making over one million dollars a year. With the loopholes of the tax system, many who making over $250,000 a year pay a lower percentage in taxes than someone making significantly less. Clinton said that her agenda would increase taxes on the wealthy to ensure they pay their fair share while cutting taxes for the middle class. She also outlined a number of tax credits that would be made available for heath care and care for the elderly. Clinton said, “I want to be the president for the struggling, the striving and the successful.” A video of Buffett’s introduction and Clinton’s speech is below.