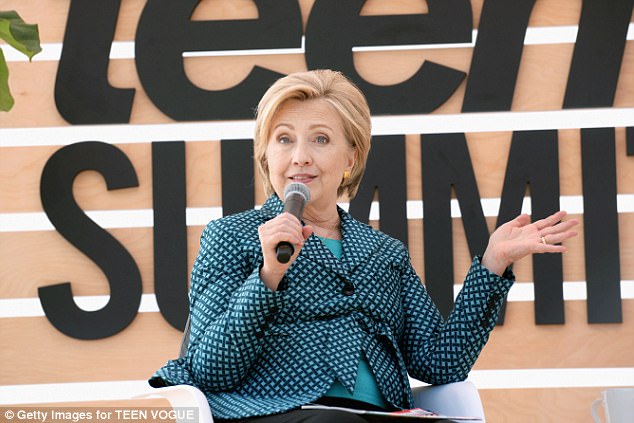 On Tuesday, Hillary Clinton received the endorsement of the Natural Resources Defense Council (NRDC). This the first time the group has ever endorsed a presidential candidate. In a statement, Roger Bryant said “Hillary Clinton is an environmental champion with the passion, experience and savvy to build on President Obama’s environmental legacy. More than any other candidate running, Hillary Clinton understands the environmental challenges America faces, and her approach to solving them is grounded in the possibility and promise our democracy affords us.”

Clinton released a statement in which she spoke about the importance of protecting the environment, and she pledged to fight alongside groups, such as the NRDC, who are fighting to protect the environment and fight climate change. Her full statement is below:

“I am honored to have earned the first-ever presidential endorsement of the NRDC Action Fund.

Climate change is real, it is being driven by human activity, and it is happening right now. We can’t wait for climate deniers and defeatists to get on board–we need to take immediate action to build on the progress President Obama has made in fighting this unprecedented global threat. We need to use every tool we have to make America the clean energy superpower of the 21st century and to make sure no one is left out or left behind in the clean energy economy, from communities struggling with the legacy of environmental racism to the coalfield communities that kept America’s lights on for generations.

That’s why I have a comprehensive plan to combat climate change with bold, national goals to expand clean energy, boost energy efficiency, and slash oil consumption. I will fight alongside the NRDC Action Fund for environmental and climate justice and invest in building a bright future for coalfield communities. And together, we can get half of our electricity from clean sources within 10 years, create millions of good-paying jobs, protect our communities from the dangerous climate impacts that we’re already seeing, and ensure America is leading the world in the fight against climate change.

The stakes for our children’s health and the future of our planet have never been higher. The presumptive Republican nominee has called climate change a Chinese hoax and called for scrapping the landmark Paris climate agreement. He has pledged to open up millions of acres of pristine public lands and waters to fossil fuel production at a time when America’s public lands are under unprecedented pressures. We need to be accelerating the transition to a clean energy future, not letting a climate denier doom our children to a future beyond their capacity to repair.